You’ve come to the right place to search for RC car information.

I’ll try to give as much information as possible and keep it up to date as time goes by.

Vehicles used for off-road racing, like on gravel, mud, grass.

Vehicles used for on-road racing, like on tracks and tarmac.

Models that are electrically powered, usually utilize electronic speed control units to adjust the amount of power that is delivered to the motor. Naturally, the power that is being delivered is proportional to the amount of throttle called for by the transmitter. This is how trigger works: The more you pull the trigger, the faster it goes. Also, most electronic speed controllers can use the electric motor as a magnetic brake, and that’s how they offer better control of the model than possible with a mechanical speed control. Mechanical speed controllers tend to use a mixed network of resistors, and often they switch between them. These types of speed controllers are believed to be slow in their reaction, because they are actuated by servos. They waste energy in the form of heat from the resistors, and after certain amount of time they become dirty, and braking ability decreases. This is the main reason why they appear only in older remote control cars.

Remote control cars can have two type of electric motors – a brushed and a brushless motor. The difference is in the speed and power. Brushless motors are faster, require less battery power and are more powerful than a brushed motor.

How can you easily determine what type of motor you have? 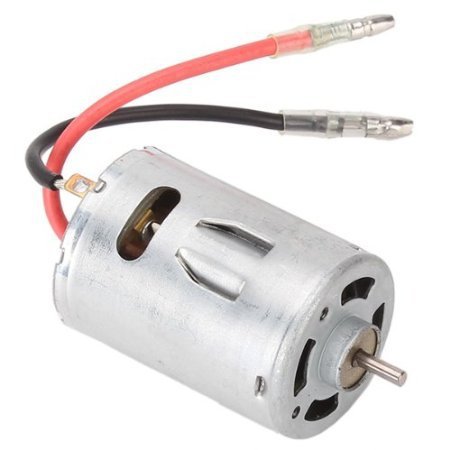 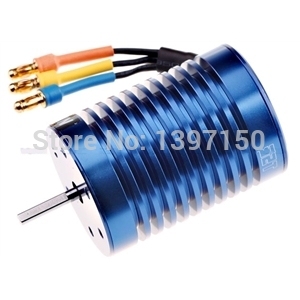 Nitro powered models have a single servo for throttle and braking control. Thus, rotation of the servo in one direction will cause the throttle on the carburetor to open. This is going to enable more air and fuel mixture to the IC engine. The brake is most often being located on the driveshaft or spur gear, and it applies stopping power only to the wheels being driven. Also, an additional servo can be used in order to control a transmission box. This is going to enable the vehicle to drive in reverse, but most of the rc cars on the market don’t have a reverse. Nitro-powered cars operate like full-sized fuel vehicles, and the engine noise is what attracts the enthusiasts to these types of remote control cars.

Gas powered rc cars usually cost much more than their electric and nitro counterparts, but are cheaper in the long run, because of the fuel costs. Nitro costs around $10 per quart(liter) while gasoline costs only $0.54 per quart(liter).

They run on a mix of gasoline and oil, and they are much bigger. Usually, they don’t have as high top speed as nitro and some electric models, but the good side is that they don’t require a lot of fuel to run which makes the run times longer, and they have much more power. Gas powered motors very rarely need tuning, and they last very long. Over the decade, they were most popular remote control car models in Europe, but lately, their popularity in the US is being increased as well.

Brief History (Warning, booring for most)

In 1984, radio-controlled racing saw an increased development. A remote control car company from California introduced the off-road electric racer. This model was a departure from company’s regular line of on-road race cars, usually made for hobbyists. New rc car was designed to be high-grade model, and the chassis was manufactured from anodised, aircraft-grade aluminium alloy. They were completely tuneable, and suspension control arms were manufactured from high-impact nylon, as were the three-pieced wheels. In 1986, CAT (Competition All Terrain) vehicle was released, and it was considered to be the best four-wheeled off-road buggy of its time. A year later, it went to win the off-road word championship.

Find us on Facebook
About Us
Our mission is to make true reviews about Radio Control Models, such as Helicopters, Airplanes, Cars, Boats and other cool stuff like Radio Control Gear - Remotes, ESC's, batteries, motors. By reading our reviews you'll get a better feeling for the product and this might help you consider whether to buy it or not.